Puppies have Arrived!  We are currently accepting reservations for our litter of minis that we will be ready to go home the week of December 19.  Birdie's litter arrived October 24; she had 4 females and 2 males.  All the puppies are caramel with white markings with the exception of one black female.  Their 6 week pictures are below.

McDreamy is a mini, Black Tri Phantom stud who is 15' tall and weighs 20 pounds.  Birdie is a chocolate mini who weighs 24 pounds and is 16" tall.  Both were Pat Hastings' picks from their respective litters.  They have passed all their extensive health testing with flying colors and have fabulous temperaments. 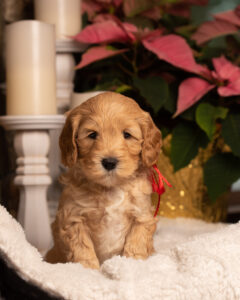 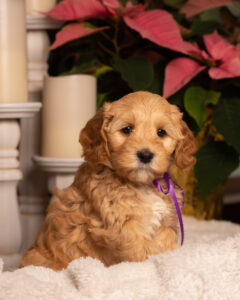 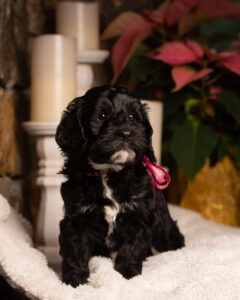 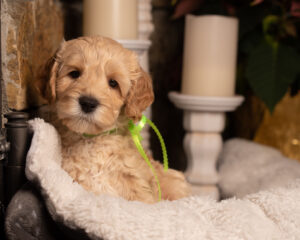 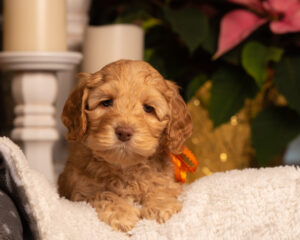 Lake City Poppy and Bedrock's A Star is Born, aka, Blaze Puppies Have Arrived!

Poppy's final litter arrived on November 19.  She had 3 males and 7 females.  The beautiful little ones are caramel or apricot with white markings on their chests, heads, and feet. The puppies will mature to 25-33 pounds.

This litter will be ready to join their forever families on January 14.

We have several openings for additional reservations for this litter.  Complete a puppy application to join the reservation list.

Both Poppy and Blaze have been evaluated by Pat Hastings and given top scores in temperament and conformation.  Their prior litters scored equally as well by Pat so we couldn't resist pairing these two again for Poppy's last litter. 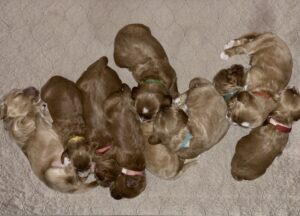 *Lake City Labradoodles reserves the right to make changes to the pairings as required.